Got a text from Emma around 2pm saying Tony and her were heading to the quarry and wonder if we wanted to join them so we did. The weather was quite nice and even a little warm in the sun but in the shade it was freezing.

We started on West Wall – 18M S 4a – and I took the lead. The first move was very interesting getting up and over the mantle but I managed it. The rest of the route was interesting with a few move that just needed confidence. The last half was pretty easy. Aoife then seconded up after me.

Tony then set up a top rope on Diphthong – S 4a – that the kids could try. Ruairi was the first to give it a good but didn’t get too far but he gave it a go. Ciara was the next to have a goo and she did very well and made it no problem. Aoife then had a go and ciara belayed her and again she made it no problem.

Emma then went and did Porcupine -17m VD – and Tony seconded after her. It was a great day all in all and I got another lead for my log.  See below for a few pics. 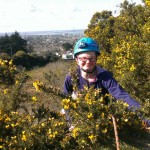 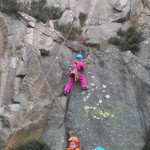 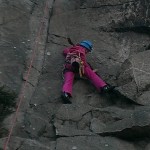 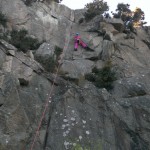 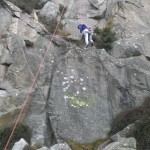 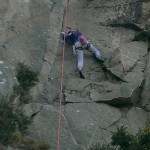 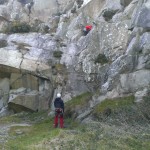